This article has been written by a sports journalist with over 20 years of experience. Harradine Performance asked if it might be possible to write an article reviewing athletics in 2016 from a personal perspective.

From all of us here at Harradine Performance, we wish you a successful 2017. Train smart, as always.

Why I still care about athletics. 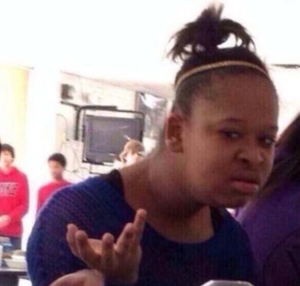 Let’s face it, 2016’s been a bit shit. And if you thought Brexit, Trump and the deaths of Muhammad Ali, David Bowie, Prince, Carrie Fisher, and George Michael were bad enough, try working in athletics. Had we introduced a game of scandal bingo at the start of the year, athletics would have won, hands down. From A for anabolic steroids, B for bribes, C for corruption, D for doping all the way to Z for Zika, athletics ticked all the boxes.

During this annus horribilis I’ve been asked the question ‘why even bother watching it?’ so many times, I’ve stopped counting. I still stick with my initial reply that is: it’s better than Netflix.

Imagine this: you’re a sports journalist.

You got into the profession because you were a sports fan for as long as you can remember. As a journalist it’s your job to tell stories – the good, the bad and the ugly. You have just seen a long-standing world record being shattered, watched the final metres while standing up because nothing could hold you in your seat. You might have even let out a little scream when the result appeared on the board. A few minutes later you’re rushing to the press conference room. In front of you sits the athlete who just did something no one before them has achieved. On one hand, you’re almost honoured to have witnessed such a memorable moment in sporting history – can’t wait to brag to your mates about it – on the other, there’s this mumbling going around the room: “Well, we’re all thinking it”, “you do know who held that previous record”, “didn’t they recently train with…?”. And then one after another your colleagues raise their hands and ask: “What would you say to people who doubt the legitimacy of this record?” “Why should people believe you are clean?” “How can athletics escape its current crisis?” 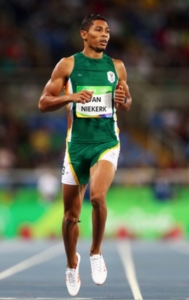 You have just broken a world record. Buzzing with excitement, you complete your lap of honour, hug your parents and coach in the crowd, then walk in to the mixed zone. And there it is. The first question might be an easy introduction, but then with 99 per cent certainty one of the questions following will contain the “D-bomb”. On to the next interview, the same spiel. And so on. Next up’s the press conference. By now your euphoria from breaking the record is beginning to wane. You’re sitting in front of a room full of people who all think the same thing: is this person a cheat? Not to mention the anti-doping official waiting by the door, who won’t leave your side until they’ve watched you peel your pants down to your ankles, roll your up shirt above your bellybutton and watched you pee.

It’s an uncomfortable situation to be in. For everyone involved.

To believe or not to believe, that is the question

As a journalist, the way you meet and get to know people in the sport sometimes makes it difficult to look at performances neutrally. If you’ve worked in athletics for years, you might even develop friendships with agents, coaches or even athletes. Someone you know might have missed out on a medal by the narrowest of margins to someone who’s rumoured to be ‘a bit dodgy’. Someone else you know might have produced a performance that raises a few eyebrows. It’s easy to get carried away and turn into a naïve cheerleader. With that in mind, it is important to look at performances critically and to ask those uncomfortable questions. But there’s a big but (insert Sir Mix A Lot joke here).

[Tweet “Dopers are con artists. They manage to deceive the ones they love”]

Dopers are con artists. They manage to deceive the ones they love – wives and husbands, mothers and fathers, children and close friends – making them believe they are competing fairly, when secretly taking banned substances. Someone who can lie to their nearest and dearest without being eaten up with guilt, wouldn’t bat an eyelid when telling a room full of strangers they are squeaky clean and their secret to success is beetroot juice and fairy dust. No matter how many times the question comes up.

Tell me something new, honey

In law there is a rule about the presumption of innocence until proven guilty. Athletics has pretty much shot itself in the foot there on countless occasions. I have used the names Yuliya Stepanova, Vitaly Mutko, Valentin Balakhnichev, etc. more than those of some of this year’s Olympic champions. I’m pretty sure there’s a lot of journalists who’ll tell you the same (there’s 236 stories under the Russia Doping Scandal tab on The Guardian website alone). 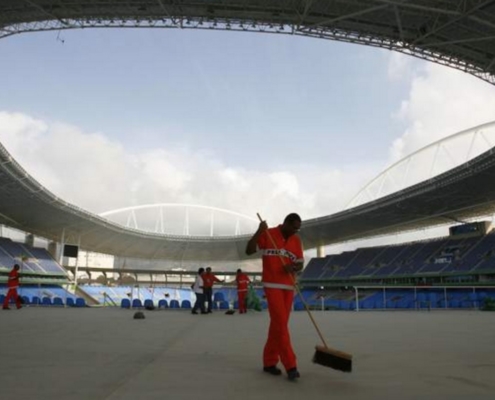 Yet, while I spent hours and hours watching, reading and writing about state-sponsored doping, extortion and cover-ups by people who were supposed to protect the sport, there’s something else that takes precedence in my mind when I think of athletics in 2016: the performances produced on the field of play and the stories of athletes who achieved those feats.

The sport’s administrators are doing their own bit in trying to move the sport out of the dark ages, but that doesn’t mean the media should sit and wait. If we have learnt one thing in 2016, it’s that people’s opinions are based on whatever (fake) news is reported. The Olympics perfectly illustrates that if you give people actual sporting news and compelling stories, they will tune in. If you only feed them one negative headline after another, they will stop bothering eventually.

Plenty of media corporations spend hundreds of thousands of dollars/pounds/euros/… on broadcast rights and then focus 90% of their annual coverage across various platforms on the negatives in the sport (or positives, if we’re talking doping). We see more and more great athletics journalists made redundant while cheap hacks are brought in just to create poorly researched, clickbait content.

There’s no denying that most of the scandals involving athletics, doping and corruption wouldn’t have come to light without the tireless work of determined journalists and brave whistleblowers. But those people produce solid investigative work and don’t jump to conclusions because a record seems ‘just too good to be true’. And asking the question “how many times were you tested this year?” at every opportunity won’t break an athlete to make them confess to doping eventually.

So what should we ask athletes?

What athletics desperately needs is for more people to speak out by choice. We need better treatment of whistleblowers and we need tougher consequences for those who abuse the system. Unless people feel they can safely report what they have seen or heard, it will always remain a near impossible challenge to eradicate cheating from the sport.

But here’s what we also need: to share more positive stories. For every doper out there are another ten clean athletes with incredible stories waiting to be told. Athletics is authentic drama and its biggest asset (spoiler-alert) is that it is unpredictable. I’m not going to lie – I love Netflix. But not even the best multi-million dollar production can reproduce the real-life drama that live athletics creates. Some of the characters you hear about or meet on the circuit are far more complex and interesting than the greatest scriptwriters could ever come up with. 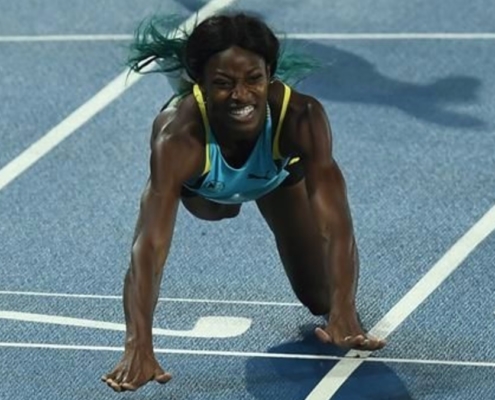 [Tweet “For every doper out there are another ten clean athletes with incredible stories waiting to be told.”]

It’s a global thriller with storylines that will give you goosebumps for days. You don’t have to wait for the next season to be released, so you can binge-watch it over an entire weekend to then wait another year. Athletes train day in, day out and their stories don’t stop just because it’s off-season. But for fans to get hooked, they need someone to tell those stories first.

So here’s my wish for 2017: for every uncomfortable question we ask – and we have to continue asking them – we also have to find out something interesting we didn’t already know about the athletes we are talking to. Because that’s our job as journalists: to uncover stories and to share them with the rest of the world. The ugly, the bad and the good. 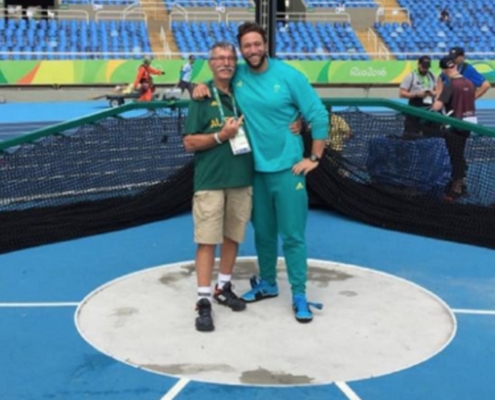 Mikala RobertsMentor Coach/Facilitator
THINK: Many will want you, but few will invest.

SHARE: Sport and the Spirit. A reflection
Scroll to top