World Juniors 2012 was set to be held in Barcelona, Spain. In the season leading up to the selection of the team Jack Dalton was ranked 3rd. Australia had great depth in the junior mens hammer throw.

Jack began training with Gus Puopolo at 13 years old. He threw all implements but had a special feeling for the hammer throw. 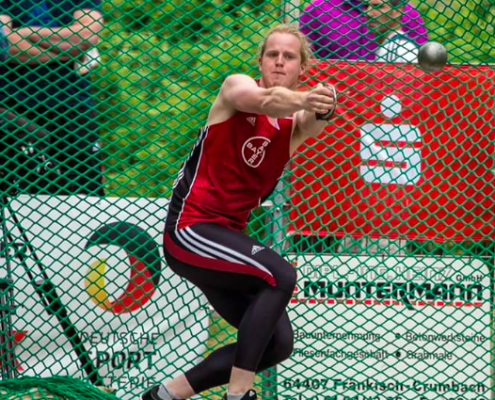 Jack competing for his new club.

Leading into nationals 2012, Jack had a PB of 60m. There were already 2 boys who had the World Junior Qualifier of 66.20. Damien Birkenhead and Rob Johnson respectively. The conditions at the national championships didn’t favour Damien or Rob and Jack managed to produce a World Championship qualifier and take the win with a throw of 66.42

Selectors therefore chose both Jack and Rob. But there were conditions.

“Pre-departure” or “Village entry” standards have been in existence now for some time in Australia. Usually they are a certain percentage of the actual qualifying standard. Which poses many questions as these percentages mean different things. For example if the percentage was 90% of 10.65 for mens hammer, and 90% of 66.20 for men’s hammer, the later result would bring you to a final whereas the former would unlikely progress from a heat to a semi final.

I asked friend to HP and owner of HMMR Media, Martin Bingisser what he thought about the pre departure idea:

I understand the idea: they (nations) want to bring a strong team but they also need to recognise not all standards are created equally. To be fair, the pre-depart, if they feel its necessary, should be 100% of the sprint standard (for example) and 88% of the throws. Statistically, the results for the throws show that if you throw the standard you will become a hopeful finalist. The same cannot be said for the sprints or distance.

All too often also the IAAF defines what is good enough to compete at a championship and a large number of federations think they know better.

After satisfying the criteria, surpassing the standard and finishing in the top 2 at nationals, one might assume that this would be sufficient enough to plan a championship meet. To focus all efforts on being ready to bring out the best efforts on the day. Instead these “pre-departure” requirements are demanded of coaches and athletes and often the meets are held with the bare minimum of competitors amidst trying to peak for the major meet and at the expense of a total interruption to a periodisation plan and risking injury.

Unfortunately for Jack, being young and relatively naive he was made adhere to these protocols. Competitions during this period are infrequent, often alone with no challengers and no atmosphere. Furthermore all at the expense of the individual.

After 6 competitions in the space of 2 weeks Jack threw 20cm shy of the pre departure standard. He was developing a pain in his shoulder and so he decided to call the head of World Junior Team at Athletics Australia who explained that, “you need to have the exact distance or further or you will not be permitted to travel to Barcelona with the team”

At the pre departure camp in Brisbane one of the medical staff had suggested to Jack that his issue was related to poor shoulder alignment and he wasn’t at a risk of doing any more damage so he decided to compete one more time in an effort to satisfy the “standard” The pain was far too great and Jack had to retire from competition, leave the team behind and fly home to Melbourne for scans.

The imaging revealed a complete split of the first rib and Jack was to have 3 months off to allow the bone to heal. Surgery to the area had never been done before and was far too risky to attempt given that the area exposed many nerve pathways that could negatively affect his ability to use his arms. After 6 months there was no improvement and a callus had developed on the bone which lead to nerve impingements and a complete numbness in his arm. Jack could not even raise his hand above his head. 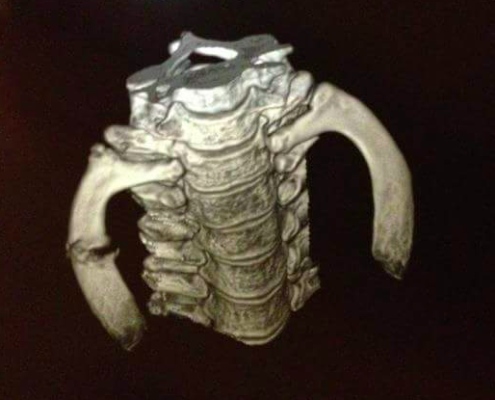 A rare break in the 1st Rib

Jack did not throw again for 16 months. During that time he had zero contact from the federation. No consultation in regards to his rehabilitation.

HP asked Jack how he managed to keep passionate about athletics after the ordeal he had been through:

“I enjoy throwing too much and I always thought I could be good at what I do. Even though I wasn’t able to train I still had in my head that I was an Athlete”

After 30 months off the radar Jack has returned with a dream. To put himself in the best position to represent his country throwing hammer. With the support of his parents, family and close friends Jack has relocated to Germany training with a group of elite throwers in Leverkusen. 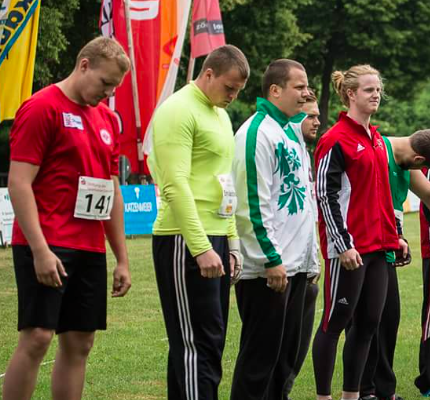 Back where he belongs.

HP reached out to ask Jack and asked if he could share some key points he has learnt on his journey so far:

In 2014, I was fortunate enough to have an opportunity to train with one of Germany’s top throws coaches, at one of the best training facilities in Europe, TSV Bayer Leverkusen. Reflecting back over the past 2 years of training, I can recall countless learning experiences which have helped me improve dramatically as an athlete.

In order to follow my dream to represent Australia at the Olympic games, I made the decision to defer my studies, leave my family and friends to move across the other side of the world to train. Although living as a full time athlete has a multitude of benefits, the pressure that amounts when things aren’t going to plan can be very difficult. In the beginning of 2015, I had incredibly high expectations of what I wanted to achieve. However, after a couple months of disruptions leading up to the beginning of the European season, the stress, anxiety and pressure of not achieving those expectations kicked in. I became so focused on throwing 70 meters or winning certain competitions, that I lost sight of the most important aspect of training… Having fun.

It wasn’t until august that I remembered the reason I do athletics in the first place, is because I absolutely love what I do. Since that time, I have had some of the best months of training in my life. Even though it is very simple, enjoying every moment is the most important key to a successful training regime.

‘I became so focused on throwing 70 meters or winning certain competitions, that I lost sight of the most important aspect of training… Having fun’

From the age of 14, I began training with one of Australia’s best throws coaches Gus Puopolo. At this time, Gus was coaching a group of Australian Olympic athletes. This exposed me from a very young age to a world of professionalism in athletics. When I arrived in Germany, I realised this same sense of professionalism was applied to all athletes, no matter what level. From juniors to top-level seniors, everything in training was completed with a sense of perfection. The lengths of a warm up range from anywhere between 30 minutes to one hour, the training is completed in full, warm down and recovery done with just as much precision as the training. And NEVER, are any short cuts taken.

Training in another country can come with a significant amount of challenges. You are exposed to a completely new range of techniques and training concepts. While variation in training is very important, you cannot forget your own personal basic training principles. It is important to listen and use suggestions to vary your own training beliefs, in a way that you see beneficial for personal growth as an athlete. This is something that should be used also when receiving advice from mentors or in certain training camps. Find the information that is relevant to you, and apply it in your own way.

‘While variation in training is very important, you cannot forget your own personal basic training principles’

While at TSV Bayer Leverkusen, I have been lucky enough to train alongside Olympic, World and European championship medallists. And one significant aspect I have noticed is the ability for these athletes to create a balance between their athletic and personal lives. I have seen athletes who as well as train a minimum of 4 hours per day, also work in the police force, as doctors, pilots and even some play separate high level sports. I believe this ability to have variation in their lives is something that helps them achieve such high levels in their choses discipline. Training every day without a separate career can lead to a significant amount of pressure being placed on achieving success. Therefore having a balanced life can assist with enjoyment and passion for sport.

Just as any young athlete, I wanted to achieve immediate success. However, I have had to learn to be patient when it comes to seeing improvements. As a thrower we face the reality that we will most likely not reach our best until the ages of 30 and 35. It is frustrating knowing this and only being 21 , it is something that I constantly remind myself of. The body takes a long time to develop and it is important to remember this as it can reduce the chance of injury.

I have often been faced with the challenge of wanting to lift too heavy or throw heavier hammers and although success at these times will give you a short lived sense of achievement, it may not always be the best for your development. Listen to your body, and remember that more is not always better.

‘Although success at these times will give you a short lived sense of achievement, it may not always be the best for your development’

It is these stories that inspire us to continue to strive no matter what hardships we are faced with. At such a young age Jack has displayed professionalism, maturity and passion for his hammer throwing. We hope that his experiences can enlighten many to always question and be in charge of your development.

Jack is a true representation of drive and spirit and from all of us at HP we sincerely hope you are able to wear the green a gold for Australia. 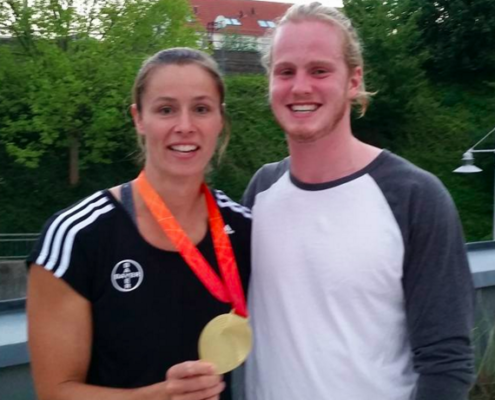 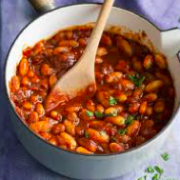 PULSES-Not the one in your wrist!

RECOVERY: The best recovery method is FREE!
Scroll to top